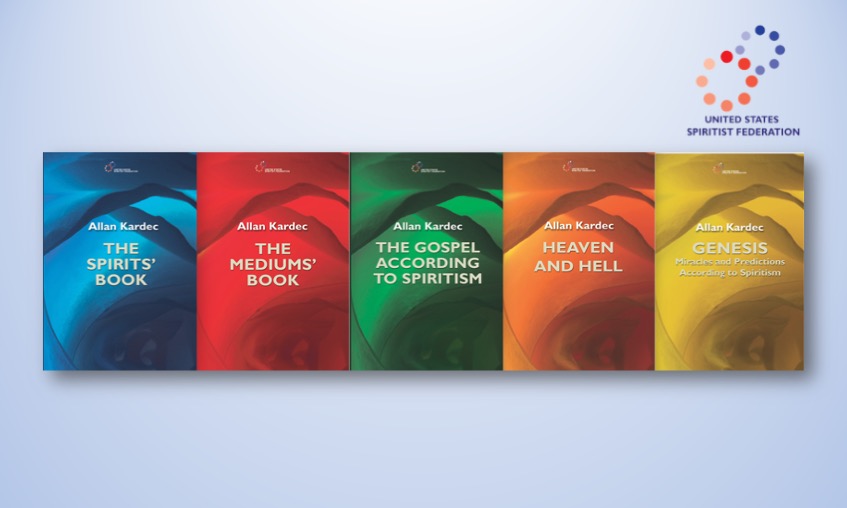 Around the year 1855, the spotlight focused on the subject of the manifestations of the Spirits, and Professor Hippolyte Léon Denizard Rivail, later adopting the name “Allan Kardec“, became dedicated to persevering on the observations of that phenomenon, and cogitating mainly in deducing its philosophical consequences. He could see, at once, that these phenomena were the beginning of new natural laws: the ones that govern the relationships between the visible and the invisible world. He recognized, in the action of the invisible world, one of the forces of Nature, whose knowledge would throw light on the immense problems that until then had been considered insoluble, and he understood its reach, under the religious point of view.

Organized in questions & answers, it is the first book of Spiritism – considered the backbone of Spiritism. Containing The Principles of Spiritist Philosophy on the Immortality of the Soul; The Nature of Spirits and their Relations with the corporeal world; The Moral Laws; The Present Life, the Future life and The Destiny of the Human Races. Its Introduction explains the new ideas and how Kardec organized the 1019 questions and answers contained in the book.

A discussion of the means of communicating with the invisible world, the development of mediumship and the difficulties encountered in the practice of spiritism. Also, the experimental and investigative features of the Spiritist practice are presented, explained and taught.

The Gospel (Explained under the light of Spiritism) contains the essence of the moral teachings of Christ, thus providing a foundation under which followers of all religions – even those who profess no religion at all – can gather, for it offers a sure guide for our inner transformation, which, according to Christ, is indispensable for us to find future happiness and inner peace, a state that is possible for the spirit on its evolutionary journey to God only by complying fully with the divine laws.

The book is divided into two parts: The first contains a comparative examination of the various doctrines concerning the passage from the earthly life to spirit-life, future rewards and punishments, angels and devils and etc. The second part, which is the result of practical work, is a collection of examples concerning the situation of the soul during and after discarnation. These are testimonies given by repentant criminals, hardened spirits, happy, average and suffering spirits, suicides and spirits undergoing earthly atonements.

This is the most scientific book of the codification, it discusses Miracles and Predictions according to Spiritism. It reconciles science and religion and develops a series of important scientific and philosophical topics, relating them to Spiritism.